How much does copywriting cost?

If there’s one question nearly all new clients will ask me it’s the simple, yet fundamental one: how much does it cost to have such-and-such written? 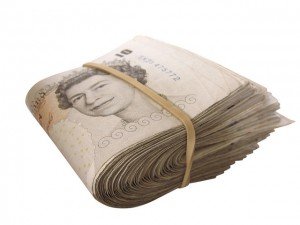 Even copywriters need to pay the mortgage. (Image courtesy of TaxRebate.org.uk, released under a creative commons licence, found on Flickr.)

You need a ballpark figure at least before you commit to using the services of any professional provider. Many business people who contact me haven’t used a copywriter before, and so aren’t familiar with how it all works. They need a rough idea of costs, at a minimum so they can decide not only which copywriter to use, but also whether they can afford one at all. If the cost is too high, they are likely to consider doing it themselves.

Of course, asking how much copywriting costs is the classic ‘how long is a piece of string’ question.

Clients are usually, understandably, a bit vague about how much they want doing. Often, they don’t really know. They want me to sort it out and to an extent, that’s why they’re paying me.

But I’ve had requests as vague as “how much would it cost to write a letter,” with no information about the nature of the product, the audience, what they want to achieve, how the letter would be used, whether it would be long or short…. (A direct sales letter can be twenty to thirty pages long and take a week to write. I don’t do those kinds of letters, by the way. I’m not convinced they work unless you’re selling snake oil).

The experienced copywriter will talk their prospective client through some of the options available. What this amounts to is an attempt to get a brief out of them.

The majority of freelance copywriters work on the basis of a fixed quote for a specific project, rather than the lawyer’s practice of leaving a clock running until the bill is exorbitant.

We work to fixed costs mainly because clients prefer it. Marketing departments in large firm typically have strict budgets and the person commissioning the work may need to get a purchase order sorted out and the costing authorised before the work can start. In smaller businesses, owners are rightly wary of signing the dreaded ‘blank cheque’.

Most copywriters base the cost on how much of their time will be involved. They will likely have a nominal day-rate they work to, and will price a project on that basis. This is not a stunningly accurate process. They might think “that’s two hours” or “that’s two days” but often there is no way to know for sure.

Quoting this way, however, necessitates ringfencing and properly defining the project – otherwise, it’s the copywriter who risks writing a blank cheque, having given a set cost on a job that is endlessly expanding.

So, the answer to “how much does copywriting cost” is: “what do you want writing?” And for that, both sides need to agree on a basic outline of a brief, either verbal or written.

If you would like to know more about the process – or how much your project is likely to cost, please don’t hesitate to get in touch. (Okay, hesitate just long enough to think through what it is you want writing. 🙂 Then give me a call.)