Magazine articles for the Met Office

Informative and intelligent articles that are also compelling for a wide audience, easy to understand and fascinating to read

Articles for the Met Office magazine

The UK’s Met Office publishes magazines designed to inform and entertain an extraordinarily wide range of people. Some are ordinary citizens interested in the weather – and who indirectly, through taxation, support the Met Office. Others are more direct stakeholders – such as: 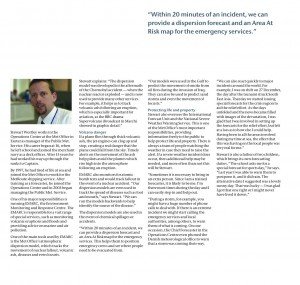 The articles need to be informative and intelligent, but interesting and accessible to a wide audience

Articles in Met Office publications such as the magazine Barometer need to inform and entertain this wide audience. The content needs to be intelligent, accurate and relevant. It also should be compelling and comprehensible to a lay audience while meeting the needs of professional users.

In producing articles for Barometer, I interviewed scientists and professionals from across the Met Office and the Hadley Centre, which specialises in climate research. Content written for the magazine has included:

Sarah Quick, who at the time was Senior Editor at the Met Office, said: “With skilful copywriting and editing, Simon has helped the Met Office reach all of its customers worldwide.” 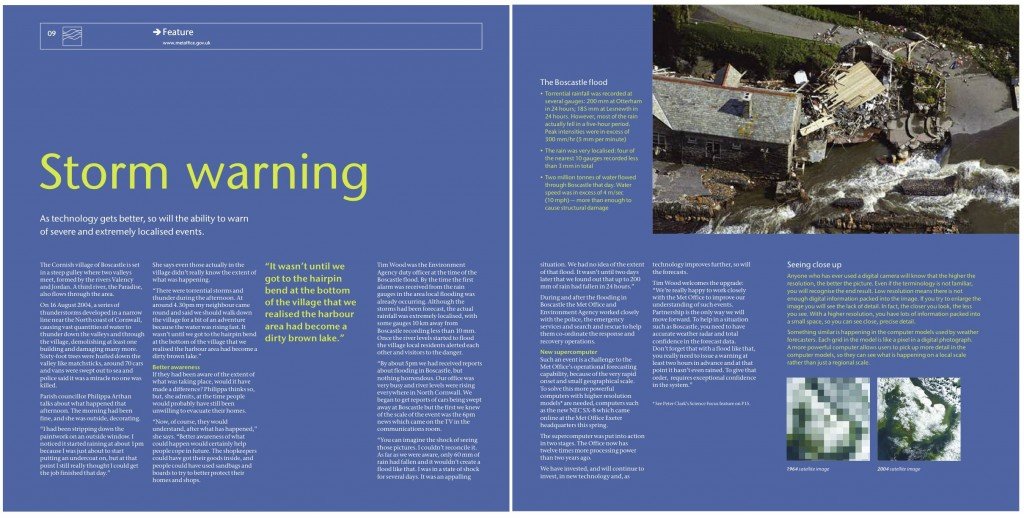 The Boscastle flood was a significant failure for forecasters. But the Met Office wanted to explain why it was difficult to predict, not hide from the criticism.