Persuasive writing: 1 way to rule them all 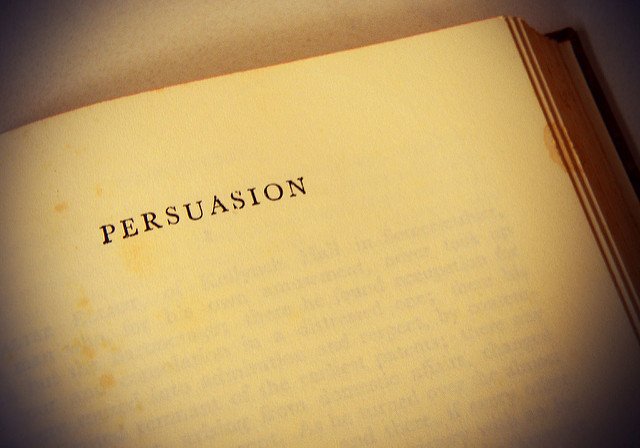 Name one of the three musketeers. I bet you said d’Artagnan.

Bear with me on this one….

He’s not one of the three – they are Athos, Porthos and Aramis. D’Artagnan is the fourth member who joins them, the one people remember most, the hero of the story.

But hold that thought for a moment, while we back up on the history of persuasive writing.

In classical thought three were styles of persuasive writing, as defined by the likes of Aristotle:

So far, so sound. But there is, of course, a fourth way, one that includes but transcends the other three. And the technique is both obvious and simple: combine all three, so that you appeal to the widest possible audience and present a balanced and compelling argument.

Can that work? Can it be so simple? Well, there’s a large school of direct selling copywriters who expend a lot of time and effort testing everything. And they agree with this approach.

A few years ago one of the masters of the long-form sales letter, Maria Velosa, wrote a book called Web Copy That Sells: The Revolutionary Formula for Creating Killer Copy That Grabs Their Attention and Compels Them to Buy.

In it, she outlines many of the techniques used by professional direct sales copywriters. However, she also acknowledges that as the internet has developed along with, social media and the rest, the sales letter is becoming increasingly marginalised.

She recommends the use of a much shorter technique of persuasive writing, which goes under the snappy title of the Trifecta Neuro-Affective Principle. She writes:

One extremely powerful method of changing someone’s mind is by presenting multiple versions of the same concept. In my experience, as well as in most cases that I’ve observed, the optimum number of versions that has the highest likelihood of making an impact is three.

She says to persuade someone of something – to get them to change their mind about something – the best way, the shortcut way, is to use:

There’s a lot to the principle, but to boil it down, it involves creating a compelling sales message that appeals to three different elements of human intelligence: narrative, quantitative, and logic. Or, in other words –

So, to persuade someone of something (or indeed, to sell them something), you should employ the three traditional persuasive writing techniques combined and rolled together into one compelling sales message.

All for one and one for all

How do you do this, in web sales copy, or a blog? In a letter, an essay, a report? Well, you need to do it quickly. Get to the point, get it into a few hundred words or less if you can.

In fact, I would suggest you do it in as little as two or four sentences and three bullet points:

You set up with a sentence that summarises the core message you’re trying to get across, then cut to your bullets:

Then you can round it all off with another sentence or two. For a sales pitch, this might address any remaining resistance they may have.

There you have it – persuasive writing in a nutshell. How to sell stuff on the Internet. How to persuade people and win arguments in the world of social media. Persuasive writing, the fourth way.

Or as I’m calling it, the “d’Artagnan manoeuvre”.